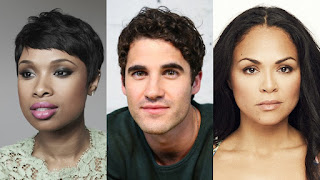 STICKS & STONES TO BE PRESENTED ONLINE

The online concert premiere of the new musical Sticks & Stones will feature a star-studded cast including Audra McDonald, Javier Muñoz and George Salazar when it premieres Friday, October 16, 2020, as part of National Bullying Prevention Month. The stream benefits Broadway Cares/Equity Fights AIDS and Born This Way Foundation.
The stream can be watched beginning at 8 pm Eastern, Friday October 16 on broadwayworld.com.  It will be available through 8 pm October 20.

STICKS & STONES adapts the Biblical story of David and his triumph over Goliath to address the issue of teen bullying. Joshua Colley will star as David. Javier Muñoz will portray David’s father, Jesse. George Salazar will appear as King Saul, Mykal Kilgore will make a cameo performance as The Prophet Samuel, and six-time Tony Award-winning and Grammy and Emmy Award-winning Broadway legend Audra McDonald will appear as David’s mother, Nizevet.

Sticks & Stones was written by Grammy and Emmy Award-winning composer and conductor John McDaniel and lyricist/librettist Scott Logsdon. The musical was recently presented at a private industry workshop in Nashville and was the winner of the 2017 Florida Theatrical Association’s New Musical Discovery series.

A host of Broadway favorites will take part in Broadway for Biden's upcoming fundraiser, In Our America: A Concert for the Soul of the Nation, which will stream on YouTube via NowThis October 21 at 8 PM ET. Though free, viewers are encouraged to donate to the Biden Victory Fund.

Live from the West Side: Women of Broadway, a three-part virtual concert series, will kick off October 24 with two-time Tony winner Patti LuPone. The series will continue November 14 with Tony winner Laura Benanti and conclude December 5 with Tony nominee Vanessa Williams.

Performances will take place at The Shubert Virtual Studios on Manhattan’s West Side.
Passes are available at TUTS.com and include access to the live performances plus an additional 72 hours of on-demand viewing.

TOUCH follows nine people’s experiences from the onset of COVID-19 through the initial reopening of their city. Their tales, though seemingly disparate, are woven together as the show progresses. This one-act play is told through a series of vignettes.

Playwrights Local is a theater company in Cleveland. As a playwrights’ center, our goal is to provide a home for dramatic writing in Northeast Ohio. We offer classes and workshops, produce original plays, provide networking opportunities, and engage the community through outreach projects. Learn more about programs such as our Fall Roundtable Series and our annual Open Call for Submissions at http://playwrightslocal.org/.

For information about TOUCH and zoom access, go to:
http://www.playwrightslocal.org/fall-roundtable-series-2020/

Dobama Theatre proudly announces its alternative programming for the 2020/21 Season, which includes multiple offerings in the areas of performance, new play development, and community engagement. Dobama is happy to have Endeavors Productions and Brian Devers as resident filmmaker for the 20/21 season. Dobama is investing more resources in its Young Playwrights program by conducting virtual playwriting workshops, producing a newly expanded curriculum guide and a series of eight educational videos to assist teachers, parents, and students during this time of distanced learning. There will also be online offerings from The Playwrights' GYM, Dobama's professional playwriting unit.

DANCECleveland's Virtual Fall Series invites you to experience four different remarkable dance companies, watch performances, and pre-show discussions with the artists, and more, all from the best seat in the house- YOUR HOUSE!

Choose from our Gold all-access pass for $35 which includes extended viewing days and the ability to join in our LIVE Watch Party Zoom Conversation with BODYTRAFFIC, or select our Bronze- Access Pass and see all 4 shows for as low as $20 with 24 hour access per performance!

Buy your streaming pass at DANCECleveland.org

RISE: THE ISOLATION PROJECT, AN ORIGINAL NEAR WEST THEATER PRODUCTION

An original writing and performance project for youth, by youth, exploring the impact of coronavirus and Black Lives Matter in their lives. The program offered a unique opportunity to unite NWT youth participants from across past programming and shows to share their stories, their hopes, and their experiences. Together, they developed this piece.
Watch the trailers on WST’s YouTube channel.

Online streaming access is available for purchase at https://www.nearwesttheatre.org/shows-events/2020-21/rise-the-isolation-project

PBS’ GREAT PERFORMANCES WILL ONCE AGAIN PRESENT ITS “BROADWAY’S BEST”

PBS’ Great Performances will once again present its “Broadway’s Best” series this fall.  The presentations take place every Friday November 6–27 at 9 PM ET, kicking off with the 2011 film capture of One Man, Two Guvnors starring Tony winner James Corden.

The series continues November 13 is Fiddler: A Miracle of Miracles. In interviews, producer Harold Prince shares why he hired Jerome Robbins to direct and composers Jerry Bock and Sheldon Harnick reveal how they wrote their score—including clips of private demos. The documentary also features commentary from Danny Burstein, Alexandra Silber, Chaim Topol, Joel Grey, and more.

The slate of programming concludes November 27 with Great Performances: Lea Salonga in Concert, filmed at the Sydney Opera House in Australia.

ON-LINE THE SHOW MUST GO ON! FROM LONDON

The casts of multiple musicals currently in the West End—though on hold due to the pandemic—will come together for a charity concert at London's Palace Theatre November 13–15.

The Show Must Go On! will include performances from & Juliet, Come From Away, Dear Evan Hansen, Everybody’s Talking About Jamie, Mamma Mia!, The Prince of Egypt, Six, Tina—The Tina Turner Musical, and Wicked.