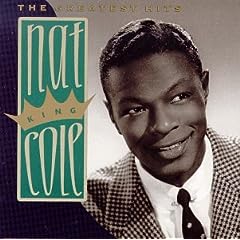 What do the songs "Pretend," "Route 66," "Chestnuts Roasting on an Open Fire," "Rambling Rose,” “It’s Only a Paper Moon,” “Nature Boy,” “Mona Lisa” and “Too Young” all have in common? They are all hit songs recorded by Nathaniel Adams Cole, better known as Nat King Cole whose life is showcased in Actors’ Studio’s ‘NAT “KING” COLE’ by Kent LeMar & A. Neil Thackberry. Most think of Cole as a singer, but he was actually trained to be a classical pianist and never considered himself to be a singer, but as a jazz musician.

In 1943, Cole recorded "Straighten Up and Fly Right," which was based on one of his preacher father's sermons. It became a smash hit and changed his musical life.

A heavy smoker, he died of lung cancer in 1965, but his music lives on.

Based on audience reactions, and the need to extend the show several times due to positive reviews and comments, ‘NAT “KING” COLE’ is a hit. It is indeed a very pleasant evening of musical reminiscences for those brought up during the 50s and 60s.

Do not go, however, expecting to see or hear Cole. What LeMar does is give a Cole impression, not a recreation. Though he has a nice voice, LeMar isn’t a Cole duplicate. We’ve seen duplicates on the Actors’ Summit stage. In past seasons Thackaberry transformed himself into Clarence Darrow and Wayne Turney morphed into Harry Truman.

LeMar feigns Cole facial expressions, attempts to articulate the Cole speaking sound and give the deep jazz based sounds of the great singer. He is inconsistent in those attempts. Cole prided himself on his diction. He held his consonants and breathed life into his words. LeMar, though he tries, just doesn’t give us the sound that allows us to close our eyes and hear Cole. His most Cole-esque interpretations were: “A Nightingale Sang In Berkeley Square, “ “Sweet Embraceable You,” “Christmas Song” and “When I Fall In Love.”

The script, though it does fill us with details of Cole’s life, isn’t well structured. Many of the songs are dropped in, they don’t help develop the story as in a well integrated reviews. “Let There Be Love,” “Too Young,” “When I Fall in Love,” “Wild Root Cream Oil” and “Smile” fit in. Most of the other songs don’t. The script is being rewritten and it can only be hoped that more effort will be made to integrate the songs into the story.

Because Cole was noted for sitting at the piano and singing, the fact that pianist David Williams plays most of the music, is off-setting. Williams is wonderful , but if this is supposed to be the real Cole performing for us, then Williams’ presence doesn’t make sense. This aspect is confusing as LeMar is an excellent pianist.

CAPSULE JUDGEMENT: ‘NAT “KING” COLE’ is an audience pleaser. Due to its appeal, the show will be reprised on September 7 and run until the 24th on Friday and Saturday evenings and Sunday matinees, with some rewriting, including the addition of more musicians to emulate The King Cole Trio
Posted by Roy Berko at 8:08 PM

Is Pointe of Departure the answer to the area’s ballet void?

With the apparent demise of Ohio Ballet, the Cleveland area is left without a major ballet company. Yes, there is Ohio Ballet Theatre, Denise Gula’s Oberlin based group, but it mainly performs in Lorain County, though it is expanding into the Cuyahoga County area, and has only a small company of dancers.

A void exists. Can that void be filled by Pointe of Departure?

Pointe of Departure, which originated in 1998 as a collaboration between Lev Polyakin, Karen Gabay and Raymond Rodriguez, recently performed at Cain Park to a fair-sized house. The program notes state, “The future of the company is to expand the length of the season and to offer more performances throughout the year.” It can only be hoped that this is true.

Gabay and Rodriguez are best known as the wunderkinds of the now-departed Cleveland-San Jose Ballet. For years, their local performances were met with critical and public adulation The duo still performs with the company which now makes San Jose its home. They are getting rather old to continue to dance full time, and their emotional fan base is in the Cleveland area, so it is an obvious place for the duo to put down their choreographic and teaching roots.

Making the company into a permanent resident company will take lots of money. With corporations abandoning the local area, some of the financial fund raising base is gone. However, if the county commissioners’ proposed cigarette tax is enacted, and some local donors, who gave heavily to the previous professional company, can be convinced that this group will not lavishly over spend, like the previous artistic director did, then the purse strings may loosen.

Pointe of Departure, as it is presently constituted, is not a world class, nor even a high-level dance company. Since it performs only sporadically, the dancers have little time to meld together. This was obvious in their Cain Park performance, where uneven timing of corps movements was the general case. In addition, the professional dance level of the performers is also questionable. Yes, Gabay and Rodriguez were superb, especially in their pas-de-deux ‘MOON REFLECTION OVER CRYSTAL SPRING,’ which got a spontaneous and well-deserved screaming standing ovation, but there was weakness among the others.

The women, especially lovely and sprightly Jim Zhang, DeAnn Petrushke and Erena Ishii, were quite good; but the males were generally weak. Travis Walker, though rather stone-faced, was the most consistent of the gentlemen. He performed some fine jumps, did a good job of partnering and had an air of confidence. Jurijs Safanovs performed a competent Zorba-inspired segment, but was awkward in other roles. Peter Kozak seems comfortable with the contemporary moves, but was lacking in the classical segments. Maximo Califano was all affect, feigning hand movements and facial expressions and doing a great deal of posing, but was short on partnering skills and dance style.

Karen Gabay has good choreographic instincts. Her ‘HOORAY FOR HOLLYWOOD,’ though a little long, had many highlight segments. Rodriguez and Gabay’s ‘NAPOLI’ staging was innovative.

With strong modern and contemporary companies, such as Verb Ballets, Groundworks and Inlet Dance that segment of the local dance scene seems well covered. It will be interesting to see what develops on the classical dance scene. Hopefully, Pointe of Departure, or some similar group, will come along and fill the void. It would be a shame that an area with such a strong arts reputation should be lacking in this performance area.
Posted by Roy Berko at 8:47 PM